Is the pitting corrosion found caused by MIC?

During the on-site inspection, swabs and corrosion product samples were taken from the tubercles in the water cellar for further examination in the laboratory for the presence of MIC-related microorganisms. In addition, water samples were taken at various points in the fire extinguishing system. During the inspection in the installation cellar, some tubercles were found on the inside of the flange, where the pump is mounted. Similar tubercles were present on the inside of the pipes. After removing the tubercles, the underlying pitting corrosion was exposed, as in the water cellar. These spots were also sampled for further research. Samples were then analysed in the lab for presence of MIC. An extensive analysis package was carried out for this:

All corrosion product samples and water samples tested positive for various MIC related groups including SRB, IRB and APB. The numbers of MIC-related micro-organisms, in particular SRB, are lower in the water samples examined than in the corrosion product. This is an indication that these organisms locally form a biofilm and accumulate on the metal surface and actively grow in the system. The SEM results of the corrosion products further show a high sulphur peak. When SRB are active, sulphur compounds are produced which, together with iron, can lead to the formation of black iron sulphide. It further becomes clear that compared to the incoming water (surface water), the system water shows higher numbers of MIC related organisms. Particularly in the part of the system where flushing is not performed, high numbers of MIC-related organisms can be found. Apparently, these are conditions that allow the formation of a biofilm under which accelerated corrosion can take place leading to pitting as found at the pump and on the pipe in the water cellar.

The chemical-physical results of the water sample analysis and the SEM-EDS analysis of the corrosion products indicate that metals in the system are going into solution. In addition to iron, zinc, copper, aluminium, and nickel have been found in higher amounts. Zinc has been found both in water samples and in samples of corrosion product: this indicates that there is active dissolution of zinc in the system. Zinc can come from galvanized pipes in the system. However, it can also be indicative of selective corrosion of brass alloys with a high zinc content (>15%), where zinc leaching occurs. The elements copper and zinc together form brass, which is a widely used material for taps and valves, among other things. The alloying elements nickel and aluminium can also be traced back to this material. In addition, the relatively high concentrations of nickel in the water analysis can also come from copper-nickel alloys (Cupronickel), a material often used in extinguishing systems.

The results of the various laboratory tests show that MIC is present in the system from the water cellar to the last location sampled in the system. The MIC problem can most likely be traced back to the flushing process, in which water from the surrounding river is used, where MIC-related organisms are already present in this surface water. Through this route the organisms enter the system, are given the opportunity to grow in favourite places and further distribute themselves in the system. Stagnant water, i.e. the time between the rinsing processes, then gives the organisms the opportunity to form their own micro-environment in which they can settle and grow, thus leading to (accelerated) corrosion.

MIC is usually present in combination with other corrosion mechanisms, such as oxygen corrosion in fire extinguishing pipe systems. It is therefore recommended to further inspect the system by means of an in-line camera inspection and/or destructive testing in order to make an overview of the materials used, to investigate whether MIC alone is responsible for the damage present and to determine the total extent of the damage. 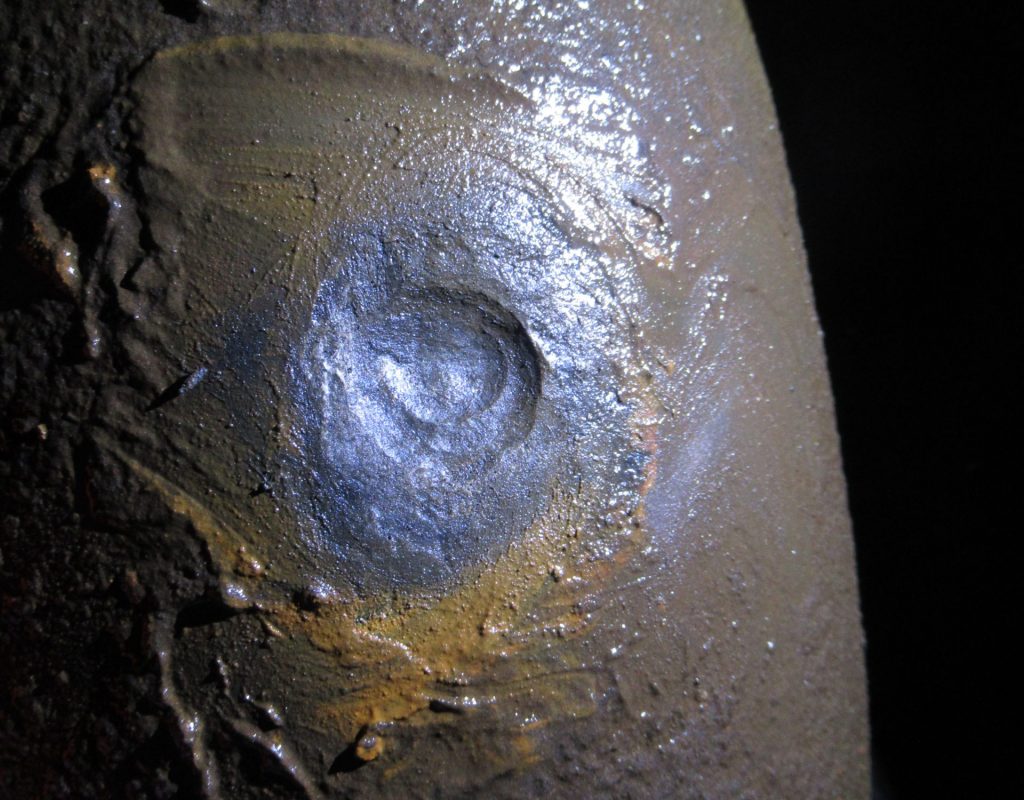 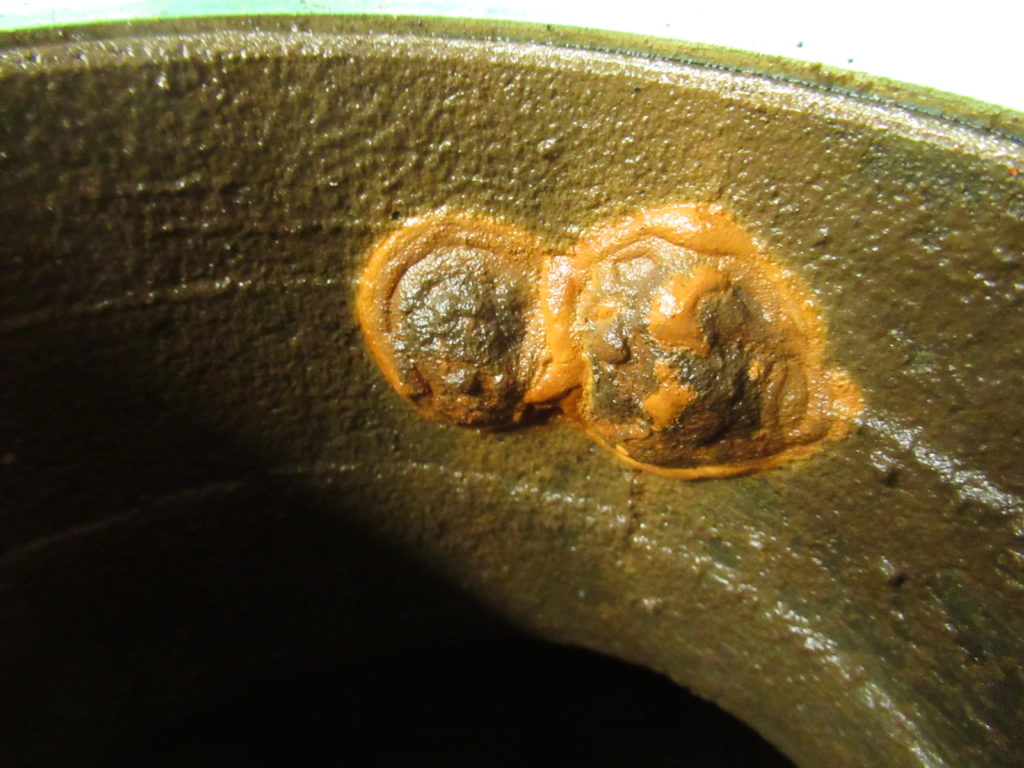 Two leaks in different segments of the sprinkler system

Two pipe samples were taken and further examined in the laboratory using:

The damage and leakage was caused by oxygen corrosion: this could occur due to the permanent presence of water together with air in the galvanized steel sprinkler pipe. Since this is a dry sprinkler system, the aerated water should not have been present (permanently). 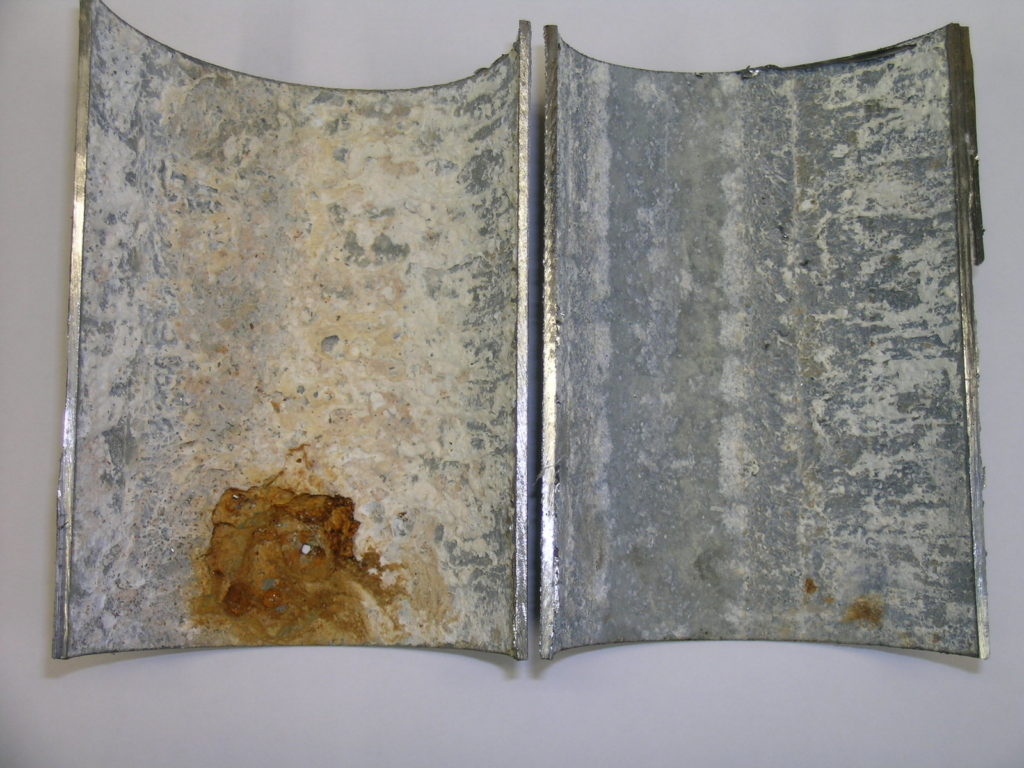 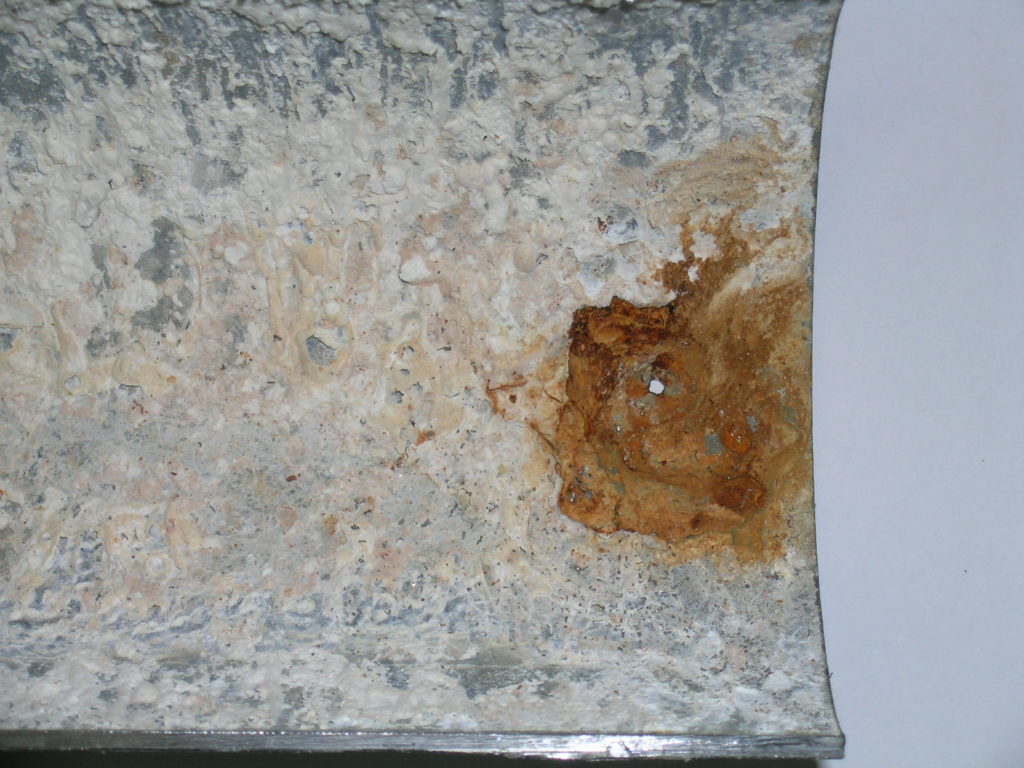 The long-term presence of water in the pipes has created a very large number of corrosion pits spread over a large surface. All these corrosion wells will (could) lead to leakage in the long term. Even immediately drying the installation will not do much to prevent contamination because the process has been going on for a long time and water will remain in the layer of tubercles and corrosion products. In addition, the steel at the wells is no longer protected by a zinc layer. Any condensation formed there will therefore lead to ongoing corrosion. As a result, the only solution to the problem remains to replace the parts of the pipe network that have been corroded in the form of a well.